In medieval times, people depended on and were tied to nature. They were taught to cherish, and value every leaf they could have good use of, because, at the end of each day, proper usage of raw materials guaranteed survival.

Birch trees are no exception. Their health properties are great not only for humans but also for the majority of plant and fruit types the people were cultivating in Europe because birch trees are one of the greatest sources of nitrogen in this part of the world (3 nature’s greatest sources of nitrogen are birch trees, nettles, and hemp). More or less, every plant’s growth and yield are directly proportional to the levels of nitrogen the plant has been fed with. Possibly that indicates why Celtic and Slavic people used to praise birch trees, and considered them to be sacred.

In some Slavic countries (Carpathian Ukraine and White Croatia), people attended “pagan” sermons for every birch tree they had to cut down. These days, such traditional practices can be participated in only during festivals in Northern Croatia.

A) In Scandinavia, especially Sweden, birch tree bark has been used to cover roofs of houses! Aside from that, barks can be used for the production of mulch, humus, and tea! In fact, they are the ideal mulch component, because they are soft, rich in nitrogen, and easily degradable, which makes them the perfect food for red worms, which are needed for the production of humus.

B) I carried out a test with birch trees and found out they do not consume water. If you told this to some agricultural “scientists”, they’d recommend you psychiatry, however, I realized, birch trees live off the circulation of water, not consumption. Every drop of water they intake, they give back to the soil, in autumn. Seemingly, they were created and meant to be nature’s filters. One agricultural company watered my birch trees (without my consent) with contaminated water that was poisonous, and filled with deadly chemicals, however, when I drilled some of the birch trees that were growing on my property, took out the juice and sent it to a laboratory, they confirmed: “the water” was pure and safe to drink. If birch trees really were consuming water without returning it to the soil, the hill my birch trees are growing at would run dry, a long time ago, because I have several thousand adult trees growing on a relatively small area. Before birds gifted me with all those birch tree seeds, my property had looked ill, and unproductive. Since birch trees started growing and feeding the soil, the grass has grown up to a meter and took the dark green color (similar to pine tree green shade).

This leads us to two conclusions regarding the birch tree’s water system:

C) There are two ways of using birch trees for medical purposes. The first is mentioned above. Cooking birch tree bark and young (but dried) leaves makes a healthy tea! However, the second is a bit more challenging, but also more refreshing. Spring is the time to squeeze some juices out of birch trees. Take out juices by drilling a hole at heights of 100 to 150 cm, at angles of 20-45 degrees pointing downward. Insert a small rubber tube (you can find such tubes in ZOO shops, aquarium equipment section), and find a decent canister. It is important to take less than 3 liters of juice per tree, and fill holes once you take out tubes, otherwise, trees might die away.

Filtering birch tree juice is not necessary and can be consumed without any restrictions, whatsoever, since overconsumption is not possible.

This article is courtesy of @gemstone. Visit @gemstone on hive for more. 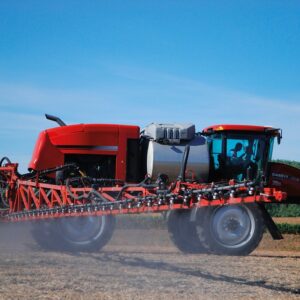