Impact that media reporting has on citizens

Mainstream media is one of the most influential tools to society and this is important that people who prepare and digest information for the public are trusted. Otherwise the manipulation of people opinions and spread of propaganda to suit particular government or large corporation agenda will be difficult to avoid and detect for an untrained eye.

Media is very useful tool and information source to citizens, from weather forecasts to reports in Ukraine crisis zones. They can keep you up to date to local, national or worldwide events, provide information about new government legislations and laws, so you know them and abide by them to not get fined. Also media would provide crucial information in case of direct military conflicts with other countries, so people could know in advance that at any time their life could be put in danger.

Often, news organisations tend to report, outline and repeat certain topics while they keep away from even more important or similar importance events. And usually if they report these ‘unpopular’ events, they tend to be neutral and or present it in a way that it would be hard to judge both sides, because there are bits of information missing whether intentionally or unintentionally. Examples such as Fire-Brigade strikes that gets very little coverage on news when they should be a big concern for the people that are living in local area, because this can have an actual effect to them including their safety. When response times increase significantly and for some of the situations fire engine is not available at all, can cause loss of life and property. People should be aware of that and news organisations should be responsible to report this information. Also these reports usually present interviews from politicians that they “explain” the issue and what they can do about it, but reports are still one sided, because Fire-Fighters don’t usually have an input to the actual reports and public only hears government side. And if you want to know what really happens, you need to contact FBU or local Fire-Brigade that is on strike. This is one of example when media does not cover some topics, because of certain reasons although there are no evidence to support the claims that media doesn’t report these topics such as fire brigade strikes with quality – intentionally. It would be wrong to say that media does not report these topics at all, they do report it and if they wouldn’t it would bring strong suspicions about credibility of the news organisations. But as they report it though, they don’t bring quality in their reports and fully investigate their topic or present it one sided way, so they still show their interest to avoid suspicions, but they tend to have strong – one sided opinion as well.

Following the negative side of mainstream media, a question pops up whether media can be trusted or not, if they chose what they want to report instead of being objective on the topics they report.

I think that news reporters and editors that prepare the information should always investigate all possible inputs from all sides, so that a problem could be clearly seen and or solution made. As well as having high quality investigation before reporting, they should also be more objective and act only in delivery of information, not making or manipulating the information themselves as they like to do so, without providing evidence and sometimes even exaggerating about certain things that are not actually true, but only grabs people’s attention. An example could be a recent affair about three Syrian girls that went abroad to join ISIS. They been reported that they went to join ISIS, but there are no evidence to support this, so why not to rephrase that there is possibility that girls went abroad and might had a connection with ISIS supporters, but we have no actual evidence to support it, this is only what we think. This kind of report is manipulative and scare mongering, it can make some people think that terrorists are freely coming to country and can cause threat also bringing up concerns about the effectiveness of immigration services while three young girls without supervision crosses borders without being challenged. So it not only makes it scare mongering, but also misleading, because they don’t know what happened and how girls got trough.

Some people find it difficult to separate facts from bias opinions and they should be very careful when watching or reading the news. Reporters tend to get rid of responsibility in terms of information by stating such phrases like “We report, you decide”, but if you know that information you report might not be correct, why report it in the first place or not clearly state that “This is what we think” instead of stating something as facts? Why to use these catch phrases and tricks that are quite difficult to pick up for an untrained eye or ear that usually bank policies or contractors use? I believe that media that is reliable, don’t need to use these tricks unless they are trying to hide something.

To prevent this bias information coming through, people should always consider whether reports are reasonable and supported by facts, so they could separate sometimes useless opinions from the actual news. This could also be done by having multiple alternative news sources. On some of them information can be so different, it can have the whole story turned around, so you need to compare and evaluate the information given, look for mistakes that can be made in logic sequence of events and real facts. Usually forming your own opinion is the best way of perceiving things instead of just rolling on what media reports. 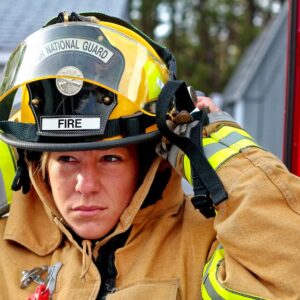 Legal December 5, 2021 • 0 Comment
What statutory and non-statutory services are, how they differ and what support they provide to public.  Actual examples of services… 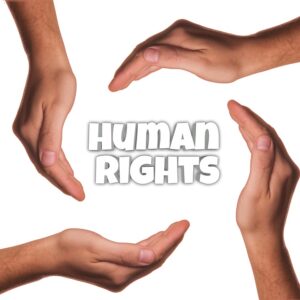